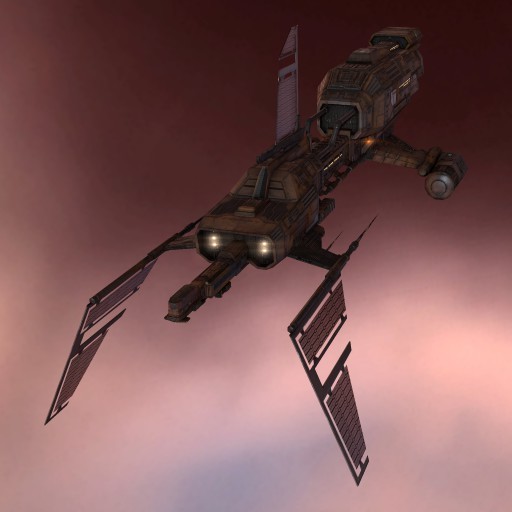 In YC114 each major empire faction, having been embroiled in a harrowing, extensive, long-term war, recognized the growing need for support and logistics functionality in their vessels during the kind of protracted interstellar warfare that might otherwise prove exhausting for its participants. Both Frigate and Cruiser-class ships were put under the microscope, and in the Minmatar Republic the outcome of the re-evaluation process led, among other developments, to a redesign and redeployment of the Scythe. The Scythe-class cruiser remains the oldest Minmatar ship still in use. It has seen many battles and is an integrated part in Minmatar tales and heritage. With its redesign, past firmware upgrades for mining output were tossed out entirely in favor of two new separate systems that focused on shield transporting and logistics drones respectively.