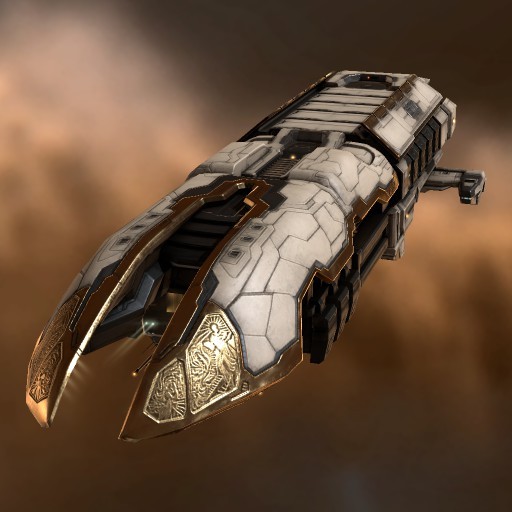 The Dragoon follows old religious tenets - ones thought rather dark by the majority of the cluster, but found perfectly normal by Amarr minds - that to exist as God's chosen people means fulfilling a very definite and often forceful role. This includes not only imposing the will of God, often through the time-honored methods of mindless proxies, but also profiting, even being nourished, off the energies of others. As such, the Dragoon focuses on sending out a mass of drones, ones capable not only of swiftly hunting down their targets but also of inflicting tons of damage once contact is made. Moreover, the Dragoon is able to drain the target's energy in the meanwhile, all with the aim of leaving it little more than a trembling husk.